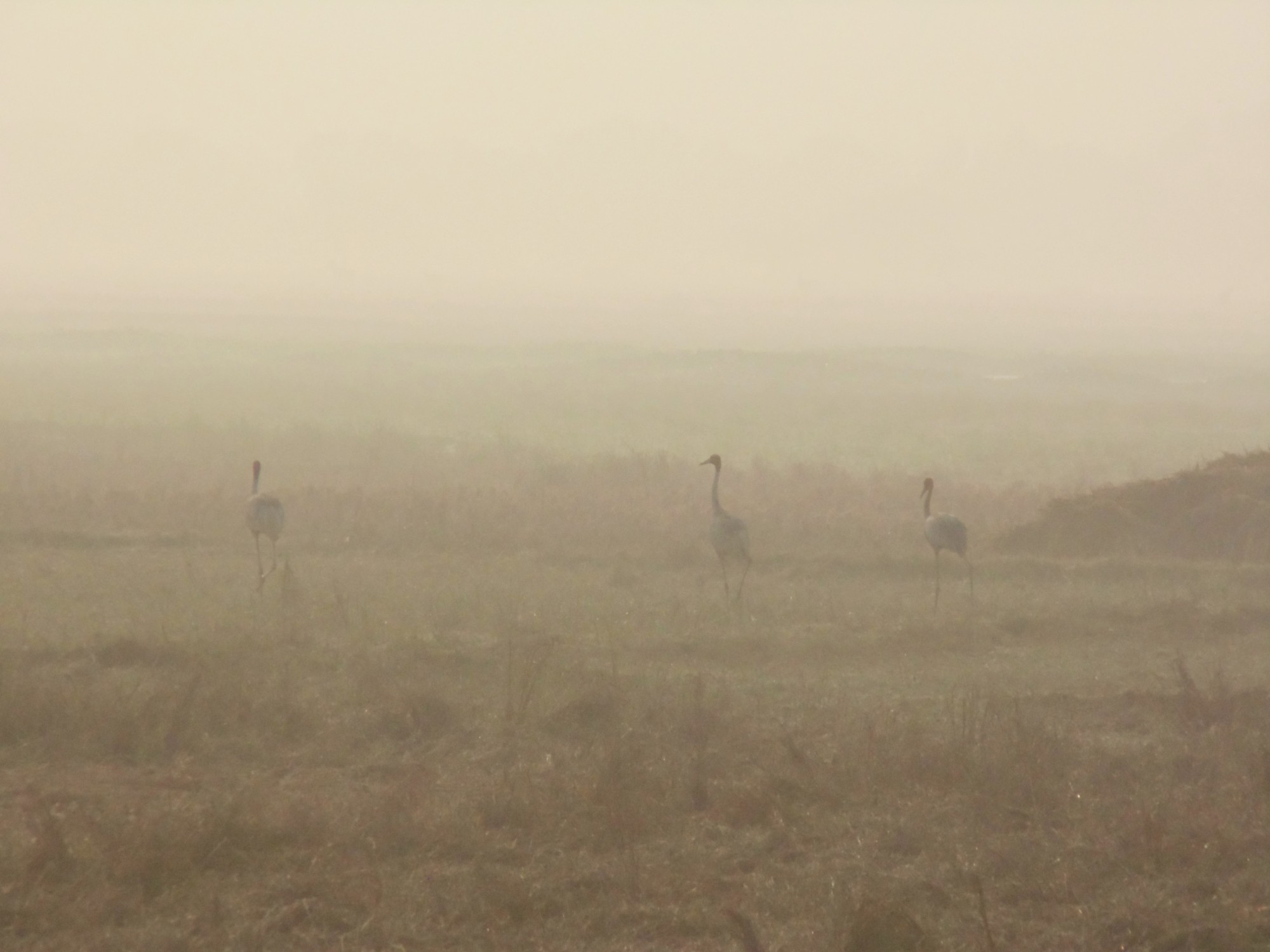 The fog was heavy on the stalks of paddy. It hung like wool, spilling outside the horizon. I was in Uttar Pradesh’s badland– Chambal, for a bird fair. But at that moment, I was waiting in a paddy field at dawn, waiting for birds to reveal themselves.

I expected to see Sarus Cranes. And I did. They came stepping daintily into my line of vision, ballerinas seeming like they were holding their skirts up. The light was too poor for any sort of vividity, but the Cranes seemed like they were a very part of the fog, a dream drenched in dew, as everlasting as the horizon.

But what a surprise! Just a single group of fields reveal so much. Sarus Cranes played hide and seek, in a confident group of three. Some distance away, Open Bill storks foraged. Painted storks and Sarus Crane flew overhead, not far from a Crested Bunting.

A crazy nutjob of an animal– a strutting male Blackbuck antelope, ran in joyous circles in the field. Further off, a group of Nilgai stood sedately in repose.

All of this breathtaking diversity, in a few fields. Showing us once again how important organic agrarian landscapes are for bird and animal conservation.

Showing us also, how farmers who put up with crop damage are true conservation heroes.

All photos by me.