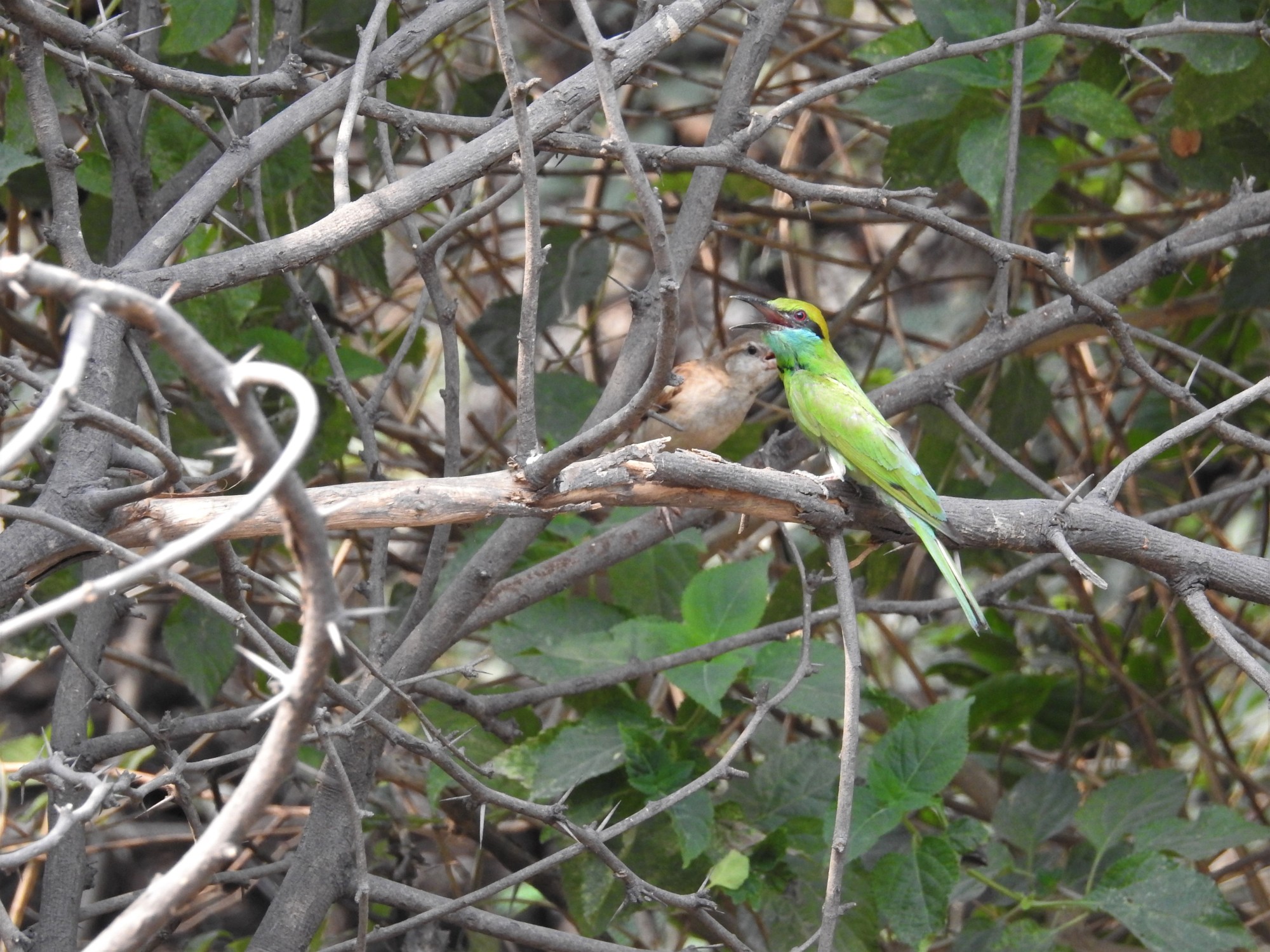 I review two new books, Walking is a Way of Knowing and Speaking to an Elephant, which tell stories of tribal legend.

In India, forest-dwellers are seen in binaries, sidelining a more quotidian understanding of their lives. ‘Walking is a Way of Knowing’ and ‘Speaking to an Elephant’ present the beautiful stories we’re missing out on as a result. 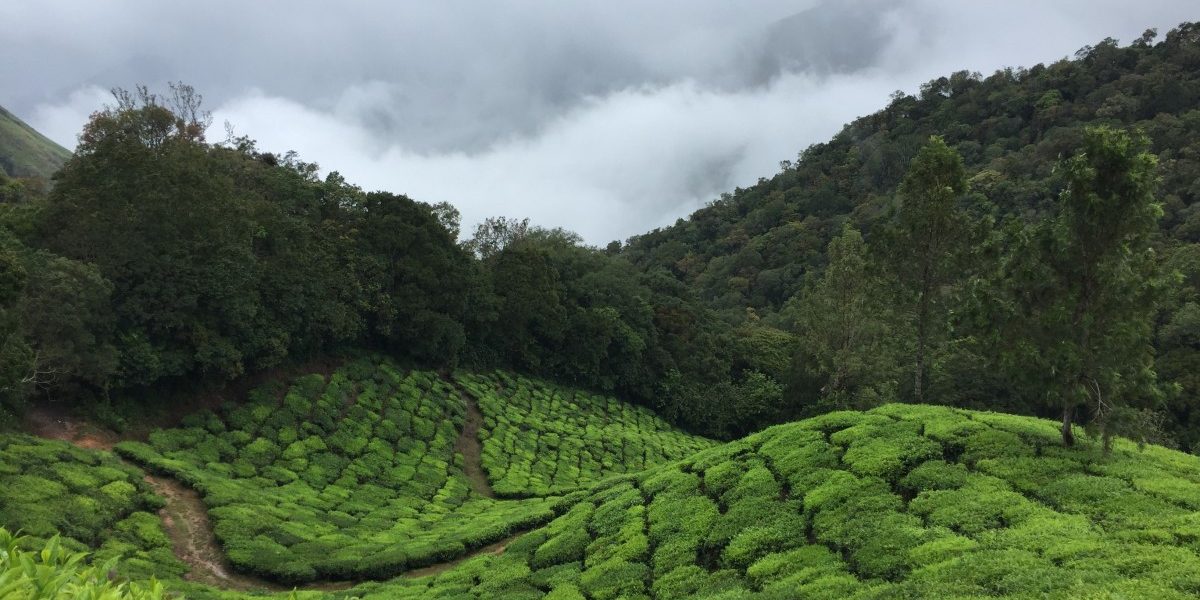 Green is not just a colour but a spectrum, suggests Walking is a Way of Knowing. Because “it is always dark inside the forest, and the sky is green”. When the sun filters through leaves, they become “parakeet green, fern green, viper green and dark spinach green”. Colour, then, becomes a simple way to understand the biological complexity of the forest.

In literature, the forest is a space that has been unpacked through the non-native. Tales of the ‘jungle’ were first told through white explorers, who exoticised the forest and were positioned as outsiders. This was a space to be forged and interpreted by the ‘civilised’ scholar, scientist or adventurer. National Geographic magazine, with its expansive, fine-grained coverage on peoples and places readers had “never even imagined”, recently admitted that its coverage of tribals or “natives” has been racist.

In India, the forest is understood largely as a management unit, and forest-dwellers are seen in binaries. They are either painted as enemies of wildlife conservation – just this month, two Baiga tribal women were arrested in Kanha tiger reserve for gathering mushrooms – or are represented as living in perfect harmony with the forest. What is missing is a quotidian understanding of the forest-dweller’s life. 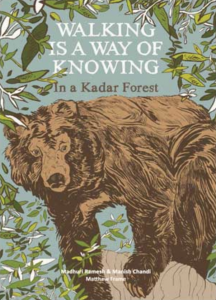 How, for example, do people find their way in the forest? What do they do when they encounter wildlife in the everyday – in instances when there is no obvious conflict or ‘event’? More broadly, what is their biography of forest life and the forest as a whole? Madhuri Ramesh and Manish Chandi’s book Walking is a Way of Knowing works to fill this gap. It is a mild subversion of tropes, with the Kadar tribal who becomes the centre of the stories. The Kadars are a tribe of the biodiverse Annamalai hills of the Western Ghats. The tribal, not the scientist, is the expert, with experiential and traditional knowledge. In Speaking to An Elephant, Ramesh and Chandi are retellers of Kadar mythologies.

What you get in both books is straightforward writing rather than interpretations.

“Woods have always been a place of in-betweenness…,” Robert Macfarlane writes in The Wild Places (2007). “Different aspects of the forest link unexpectedly with each other, and so it is that within the stories of forests, different times and worlds can be joined.”

The sense of wonder in the everyday life of walking in the forest – and the forest itself as a story – suffuses Kadar tales. Crucially, however, this not the hobbyist wonder of the nature enthusiast or ornithologist but a more felt spectacle, existing quietly along with the menace of ticks, wildlife encounters and the difficulties of weather. The divide between the reader – the one who reads about forests in books – and the Kadar, the insider, is intimate. This adds greatly to the stories.

On the question of the Kadar finding her way through the forest, Padma, a tribal woman, explains, “If you build a map of the area in your heart this way, by constantly looking and feeling your way through the place, you will find that it reaches your feet and they will guide you back home in any season, even at night.”

And this is not for everyone. The rights of the forest must be earned, she says: “But it takes many years, a clear memory and strong legs!”

The Kadar have strong legs and they learn to walk quietly, like the elephants they meet often in the forest. On interactions with wildlife, the Kadar narrate how they have to exchange gifts with wild animals – in other words, leave food for them. They say they take only precise quantities of forest goods. 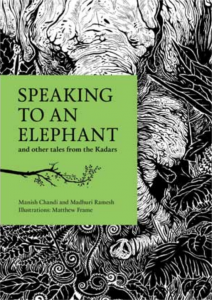 The forest is a provider and teacher both, gifting the Kadar with just enough, with this becoming a central idea both in their knowledge and mythologies of kadavul(Tamil for the almighty). This would also be what researchers or the forest department would later call “sustainable harvest”.

The landscape in the books will be new for most readers, particular to the Western Ghats biodiversity hotspot. You have mossy trees, Kurinji shrubs, four kinds of beehives, red and pink elaeocarpus leaves. Speaking to an Elephantwill specially appeal to children, in its very Indian characters spoken of in a voice not heard before. There are stories on why tortoises have stitch-like marks on their shells, why white kumin mushrooms appear only on one day of the year and why grasshoppers hop.

What greatly helps both books are sumptuous, florid illustrations by Matthew Frame. His artwork may remind you of Chris Riddell’s work for Neil Gaiman’s The Sleeper and the Spindle (2013).

Walking is a Way of Knowing, however, needed more careful copy-editing and a much more extensive index for local names and words. The book would have also benefitted greatly from short, contextual explanations of genus and biological names and functions.

But these are stories that become important not only because they have not been heard but because they provide alternative explanations of the machinations of the forest – at a time when it is being seen as a commodity to be raised and sold. One hopes the Kadar’s traditional knowledge of the rhythm of the forest, along with that of hundreds of other forest-dwelling tribes and peoples, will find its way into mandatory People’s Biodiversity Registers and, ultimately, in conservation and species recovery plans.

As the Kadar forge and walk their paths, they have to use all their senses to feel their way through the forest because it demands this submission, and also deserves it. The difficulty of the task is buoyed by its beauty. As Madiyappan, an elderly Kadar, sums up succinctly, “We return to the forest again and again: as much to fill our stomachs as our hearts.”

One thought on “Walking is a Way of Knowing”