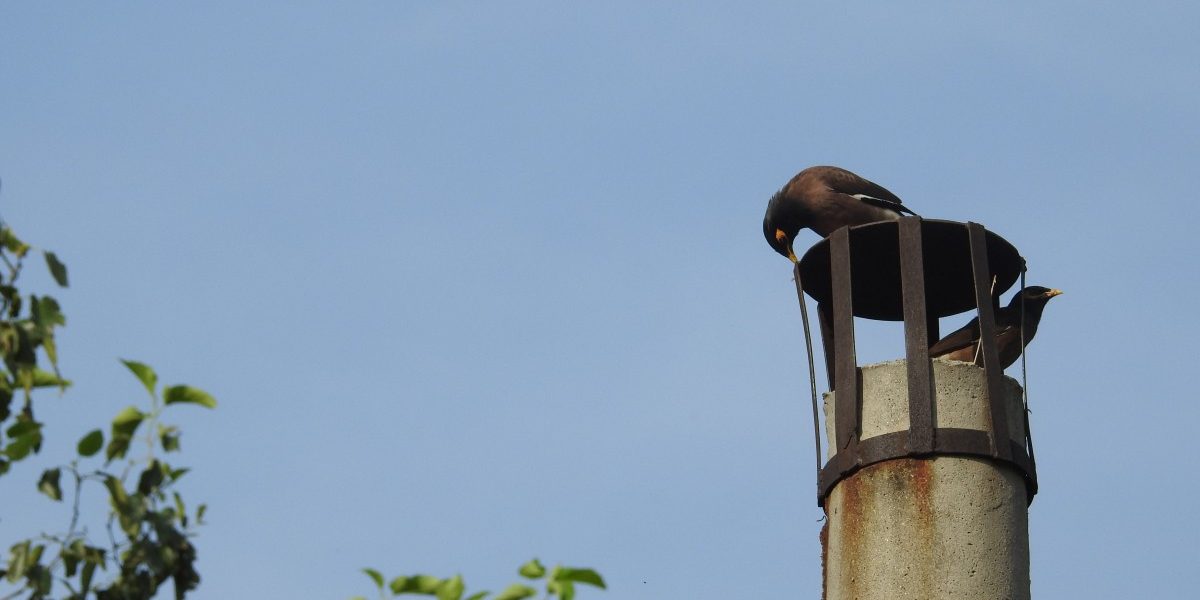 A myna nests atop a chimney.

That’s the light cost of the redevelopment of Sarojini Nagar, best known for a thriving export-surplus market and government flats in various states of disrepair. According to form 1 and form 1A, required under the Environment Impact Assessment notification, 2006, and submitted by the National Buildings Construction Corporation (NBCC) for redevelopment – breaking down buildings to build new flats and malls would sacrifice very little, just a few “thorny shrubs”, some trees on the “periphery” of the project site and “no ecologically important flora or fauna species”.

The reality, however, is lushly different. These “thorny shrubs” and “periphery” trees amount to more than 11,000 mature trees, many of them native and naturalised species. In a city drugged on new spaces for real estate and more inches of shining, heat-absorbing concrete, what do ‘11,000 trees’ really mean? 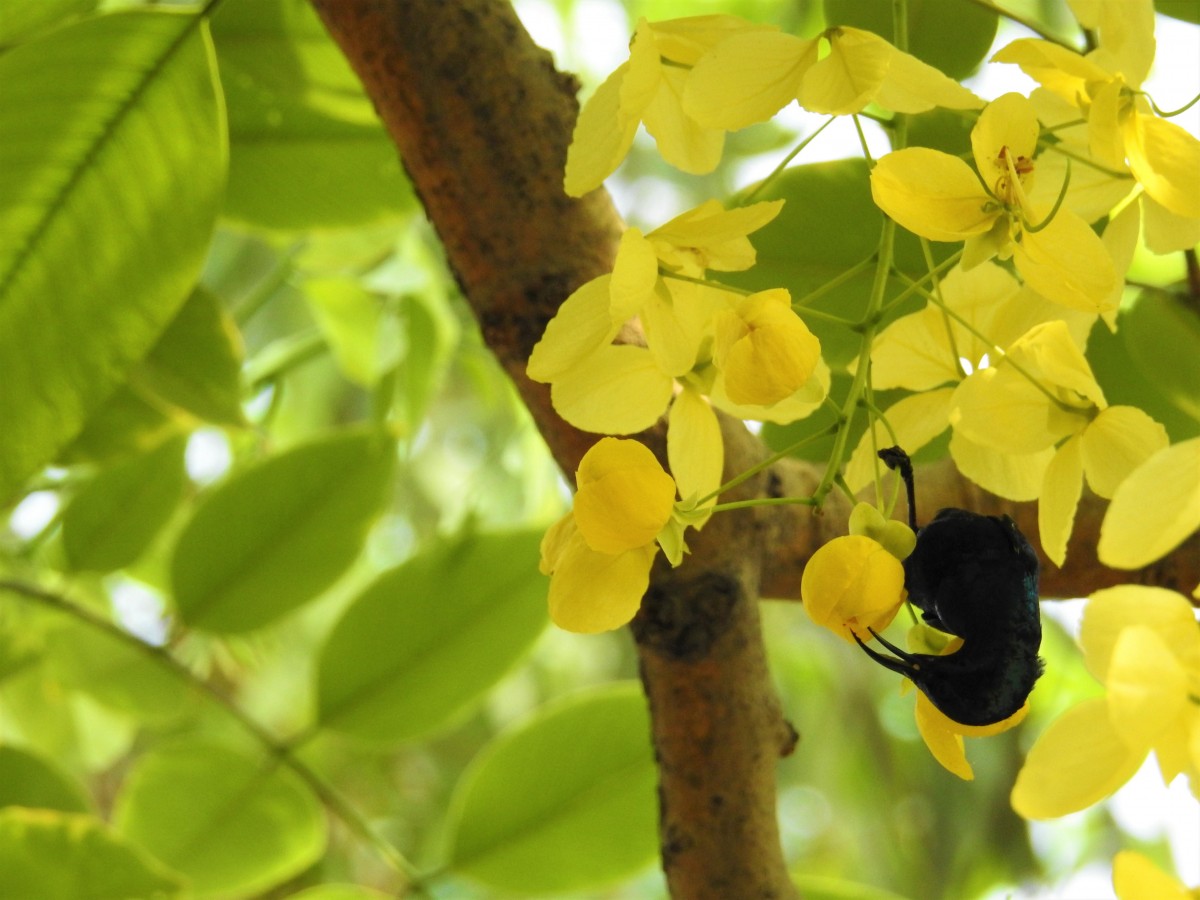 The streets of Sarojini are lined with Amaltas in blossom, large banyans and figs, known to be keystone species for their role in providing food sources to wild birds and mammals, and old sausage trees. A rapid biodiversity survey I undertook with a small team of naturalists revealed 26 bird, 11 butterfly and seven insect species, part of a thriving and productive urban ecology. Other year-round calculations, based on 22 bird lists, indicate there are 60 bird species at the site. The basis of these ecologies are mature trees of a variety of species that provide food sources. If the phenology of each tree species were to be represented by a string of fairy lights, the colony would be lit throughout the year.

It may be easy to overlook trees in a residential colony, although there are everyday stories under each old, big tree. Trees are used to pin boards up on, to make sheds and stalls under the canopy, to tack up lights for a wedding. Colony trees seem to just be there, part of a worn scenery and backdrop, like a well-used sofa, never really showstoppers. Trees that tend to be remembered and canonised are in places where the stranger tends to walk into them: on a main road, next to a monument, the crowning glory of a sweeping roundabout, a landmark that many will have used to give directions before Google Maps, at the centre of a botanical garden. You may remember a young banyan near your home – but when talking of banyans, most Indians will have recall value for the well-known, two-century old large tree in the Acharya Jagadish Chandra Bose Indian Botanic Garden in West Bengal. 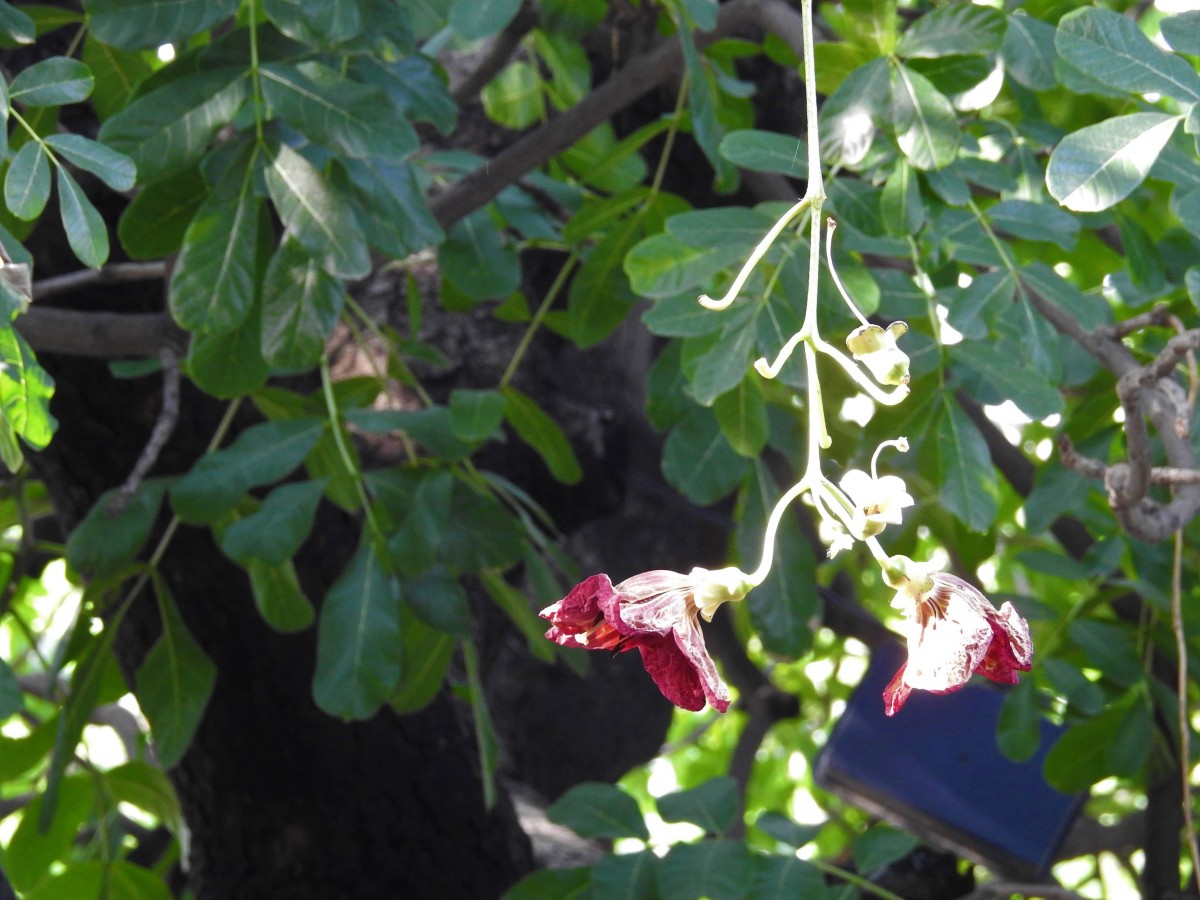 Colony trees are intimate. They brush against dreams and verandahs, filling garages with flowers and windshields with leaves, known only to those who walk residential lanes to reach home.

Colony trees are intimate. They brush against dreams and verandahs, filling garages with flowers and windshields with leaves, known only to those who walk residential lanes to reach home.

But the trees in Sarojini Nagar, misrepresented though they are as mostly thorny bushes, should not be overlooked.  While the NBCC seeks to cut 11,000 trees, the Delhi government said post-protests that it will not agree to this proposal. Hardeep Puri, the minister of state for housing and urban affairs first justified the decision, saying new saplings would be planted, but in the face of indignant resistance and a slew of court cases, he called for dialogue and meetings. 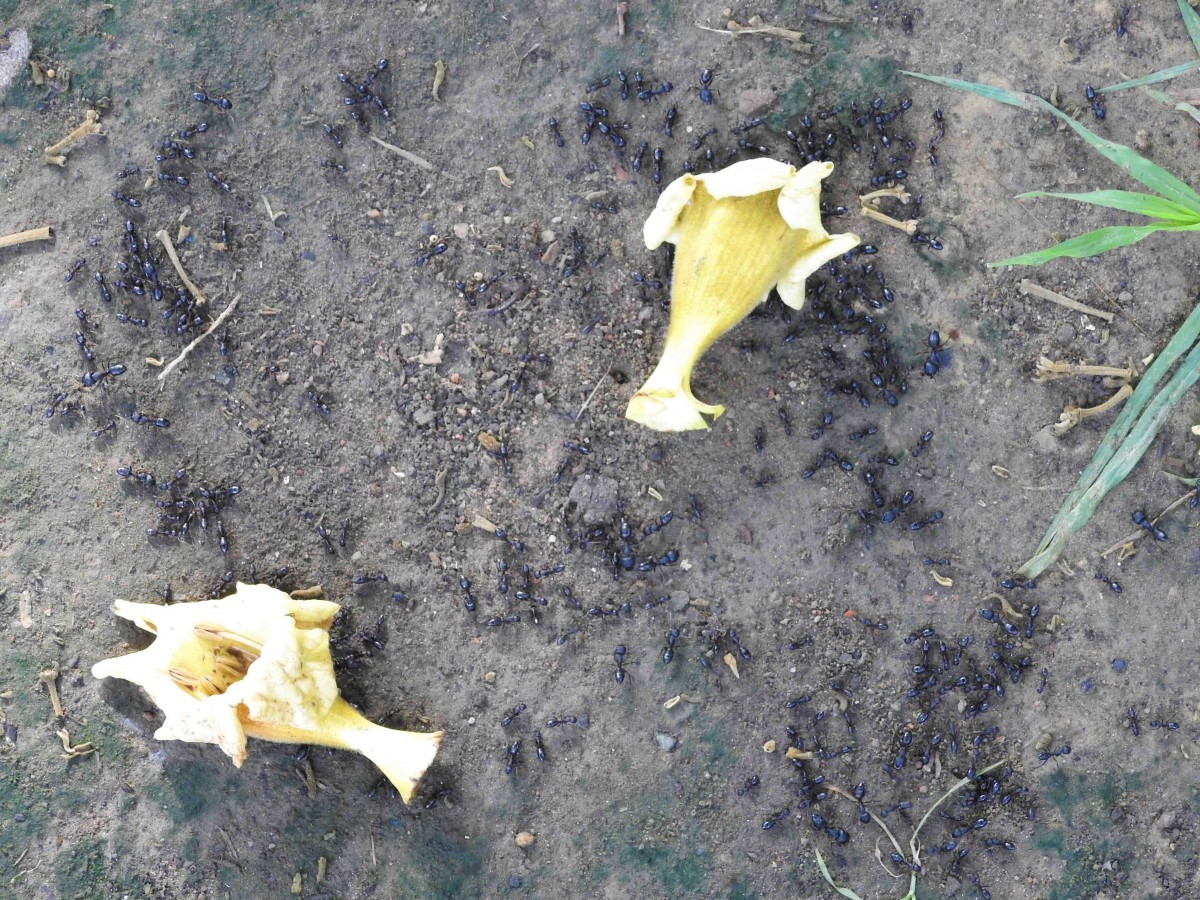 The popularity of the relay protests perhaps took even the protesters by surprise. People hugged trees, sang songs, school students poured out, the trends #savedelhitrees and #delhitreesos were birthed, and petitions filed in the National Green Tribunal and the Delhi high court. In a city known for its apathy towards the environment as well as towards social causes, hundreds of people protesting for more than a month is certainly notable.

What is more notable is that people stood up for colonies they are not likely to stay in themselves: the housing in these colonies is only for government employees. Thus, the struggle is for the idea of Delhi as a well-planned place with large, old trees, rather than a Delhi of construction dust dealt with through new ornamental trees. It is also a protest against the disgusting noxious air that people have to breathe through the year, not just during the winter. 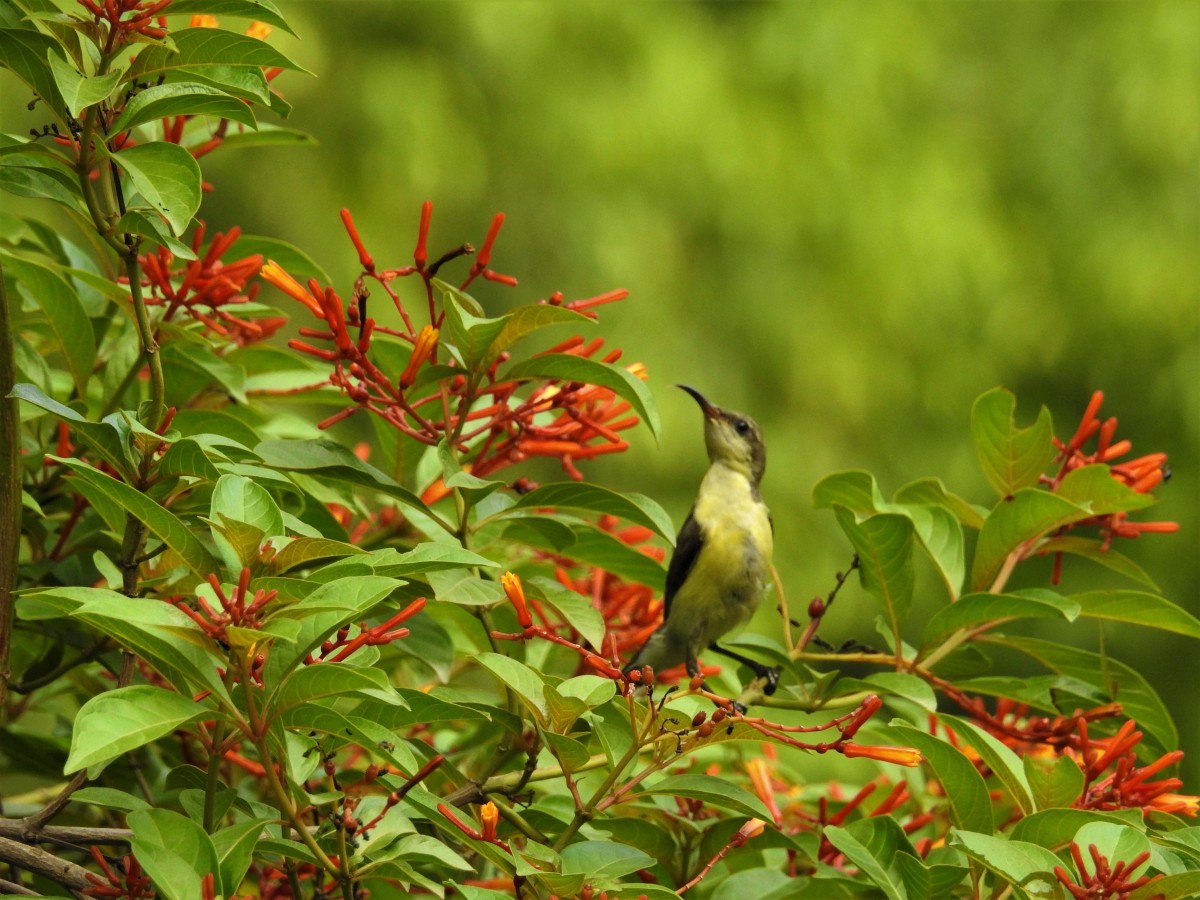 The Sarojini Nagar redevelopment plan is at the heart of this protest. It is the bloated figure of 11,000+ cut trees that made the whole scheme too hazardous, too bitter a pill to swallow. The other figures for proposed tree-cutting are comparatively more tolerable: 2,490 trees in Netaji Nagar and 1,454 trees in Nauroji Nagar.

While this is not a good time to experience the urban biodiversity – in between intermittent monsoon rain – there is a lot to see in Sarojini Nagar. The last summer blossoms of Amaltas, an Indian species, carpet the ground in a florid, yellow sprinkle. Large, burgundy flowers of the sausage trees, named after its sausage-shaped pods, lay casually on the ground, trampled by buses and cycles. 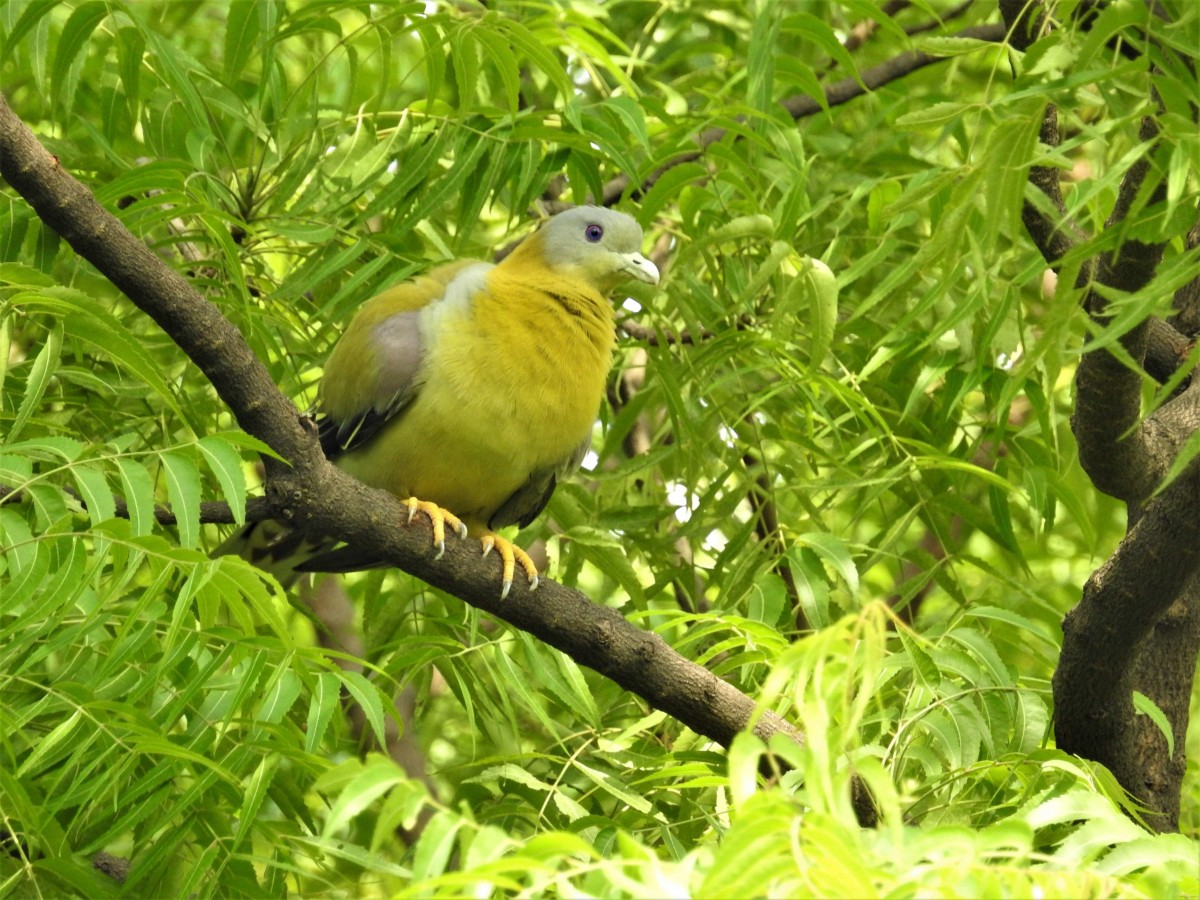 We found mature fruiting trees, such as jamun and mango full of birds and squirrels. Yellow-footed green pigeons napped gently on neem and semal. Two types of barbet, the coppersmith and the brown-headed, looked for fruit against blindingly emerald, rain-washed leaves. Beetles, centipedes and black ants foraged in fallen flowers. Scores of species interactions were taking place in what can only be described as typical urban ecology.

Trees outside forests, interspersed with parks, parking lots, people and some level of manicuring, do not exist in a state untouched by the human hand. Rather, phenologies and inter-species encounters carry on as an interactive process, as in the case of Sarojini Nagar. The common myna are seen nesting on manmade poles and red-vented bulbuls perch on monkey bars. Indian robins use electric wires as perches to dive-bomb on to the unsuspecting dragonfly. There may be a gleaming purple sunbird behind a tangle of thick, careless wires. You may not notice the Alexandrine parakeet – ‘near threatened’ on the IUCN Red list – until it drops a piece of the sausage pod on your head. You may not crane your head to see the endangered Egyptian vultures that fly in the searingly hot sky above, which we saw a couple times. The human-wildlife interaction is neither forced nor keen; it carries on in forms of suffused interest or benign neglect. That is the nature of urban ecology. 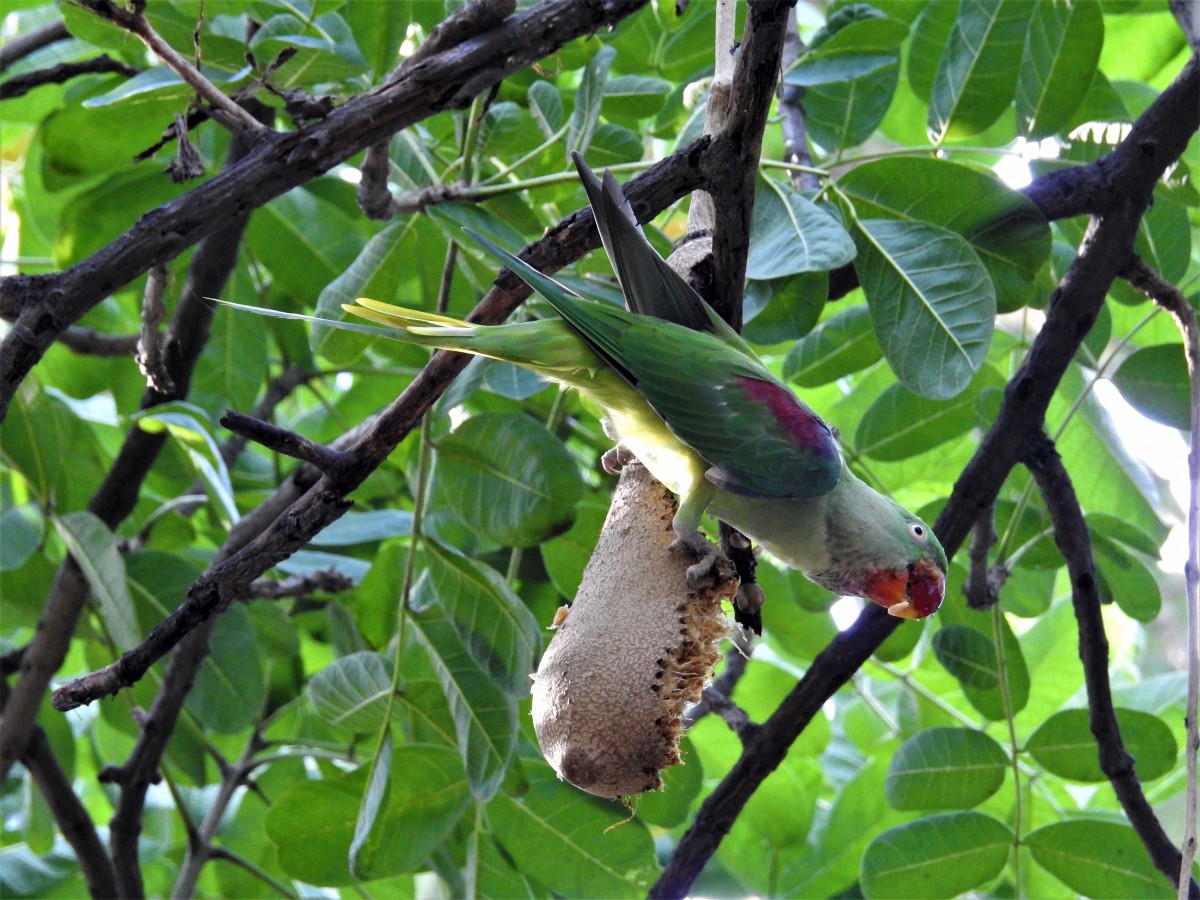 As one can guess and as the survey showed, the central nervous system of this paradise is old trees, sprawling through the sky as they age, sinewed with vines forming distinct layers of undergrowth where purple sunbirds, tailorbirds and flocks of oriental white-eyes forage and nest. Perhaps these are the “thorny shrubs” being referred to in the project papers. Apart from the trees, a second kind of habitat type in the area is patches of grass on pavements, where butterflies lay eggs.

Why then must one pause for these micro-habitats? 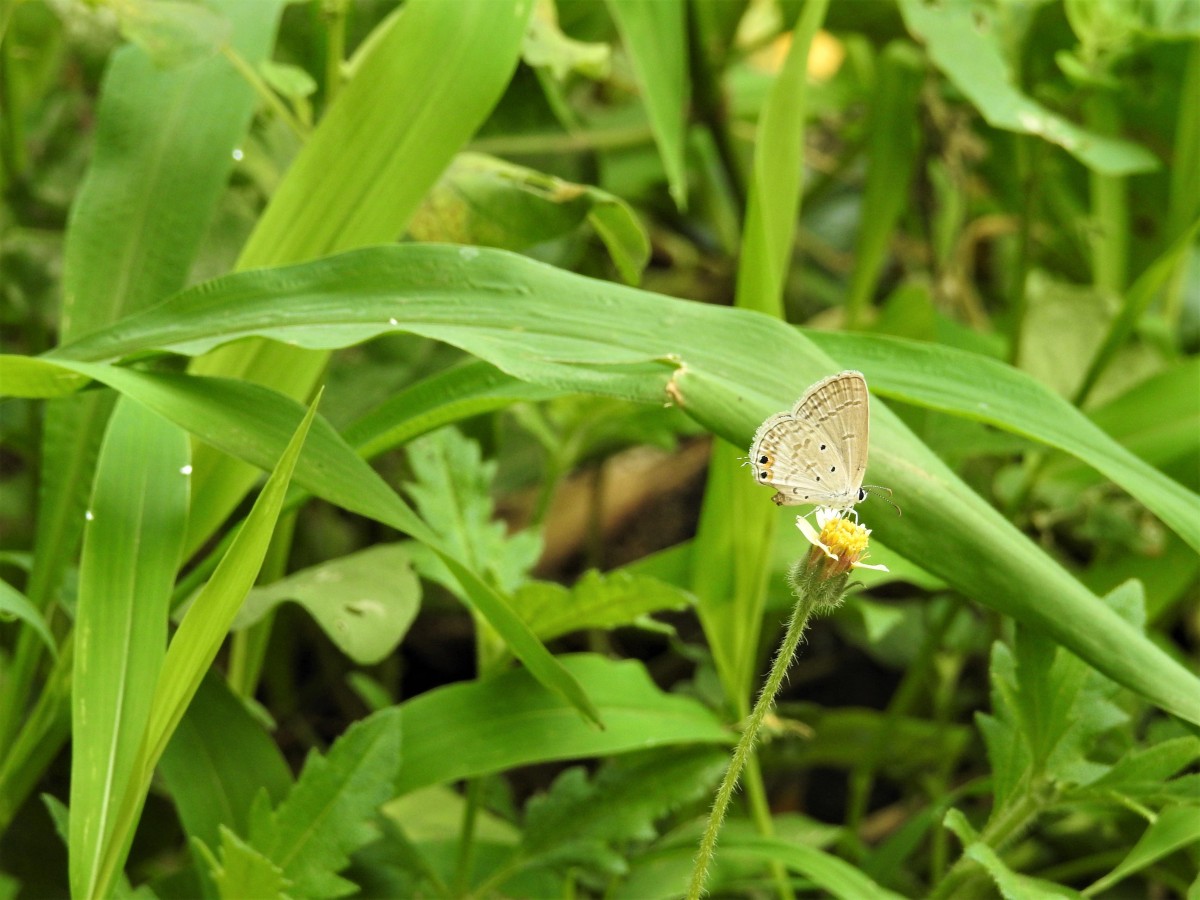 The point that Delhi needs more trees has been historically well made, repeatedly, and through protest and petition both. It is the death of irony that the world’s most polluted city should think of cutting mature trees that provide oxygen and relief from noise and dust. It also verges on the funny that this is being done with the excuse of planting more saplings, which will take decades to become trees, by which many of those protesting may well have shifted cities. The moot point really is of governance and fake news; for example, why are 11,000 trees being described as thorny shrubs or peripherals?

As planners figure that one out – in the face of surprising civilian and judicial action – one thing is clear: there really is a story under every old, big tree.

This first appeared in The Wire.