2018 was the year when environmental protest filled the streets, even as the government stayed unmoved and dark predictions by biologists came true. Here are four big moments from the last 12 months that captured this spirit.

In 1994, a canine distemper epidemic killed a third of the lions in Serengeti National Park, Tanzania. It alerted biologists to the perils of having large wild-animal populations together. Disease and epidemics are a form of biological population control – until the populations and habitat are already small. Then it becomes a disaster.

In 2013, the Supreme Court of India had asked Gujarat, home to the world’s only wild Asiatic lions, to give some of them to a second habitat in Madhya Pradesh. But Gujarat didn’t comply, asserting that the animals were its pride. And then what biologists had been saying for years came true.

First it was just a few lions. But soon after, in October, at least 23 died in Gir, many from the canine distemper virus (CDV).

In India, wild and domestic animals mix freely. Among them, dogs carry a host of deadly pathogens, including the CDV. A rabid dog bit a tiger in the Panna reserve in 2013. The latter received two anti-rabies shots and had to be monitored, in case other cats were exposed to the disease.

The second, and exacerbating, problem with the Gir and Girnar sanctuaries is that they seem to have reached their holding capacities. In recent years, lions have walked up to the coastline, fallen in wells and have been mowed by trains. On December 18, a train ran over three lions in Amreli.

Gujarat’s response to the disease outbreak has gone against the known principles of conservation – exemplified by its continued refusal to part with the lions. The state may believe its own sense of majesty arises from its stewardship but when it chose to vaccinate them instead of letting them found a second home, it’s hard to believe it doesn’t think of the lions like it does cattle.

Who owns biological resources? If Meghalaya has endemic orchids, should the state have first right to the profit, or local communities, or whichever company gets to the orchids first?

International conventions like the Convention on Biological Diversity are clear on the matter: local people should be the first beneficiaries of profit-sharing for biological resources. Indians famously begrudge foreign companies for patenting what they think is their property, e.g. basmati rice. Many Indian and foreign companies sell herbal, ayurvedic and organic products. Although the Biodiversity Act 2002 would technically have a say on how their profits are split, it hasn’t been implemented well.

So it was remarkable when, earlier this month, the Uttarakhand high court ordered Divya Pharmacy to pay part of its revenue as fees to the state’s biodiversity board for using the state’s biological resources. The company had contended it does not need to do so because it is Indian: Divya Pharmacy is owned by Baba Ramdev.

The judgment observed: “Biological resources are definitely the property of a nation where they are geographically located, but these are also the property, in a manner of speaking, of the indigenous and local communities who have conserved it through centuries.” 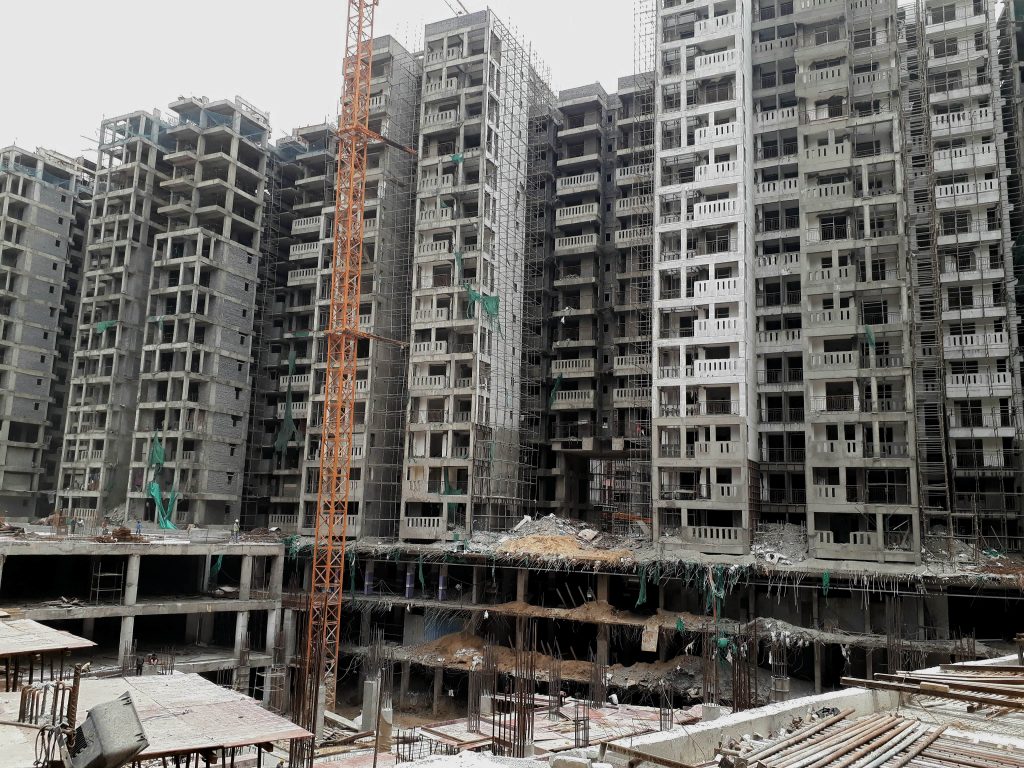 What should your city look like, and who gets to decide? Citizens have engaged in several debates on sanitation, the beauty of public art and effective municipal administration. Next up: preserving the last green spaces in cities and keeping them breathable.

After NBCC (India) Ltd. announced it was going to cut 16,000 trees for a redevelopment project in what was then one of the world’s most polluted cities, thousands of people hit its streets in protest. The NBCC’s environmental impact assessments also hadn’t included proper species lists and contained plagiarised text. People also found that the redevelopment may have been a ploy to createcommercial spaces.

In Mumbai, people protested a variety of transportation projects that will demolish natural infrastructure. The Navi Mumbai airport is to come up over a wetland and an area where 266 species of birds have been spotted. A new trans-harbour link in Sewri will cut through an another area teeming with greater flamingos.

For over two years, citizens from all walks of life have been protesting the metro rail yard at Aarey, which will destroy the Aarey forest. Earlier this year, a huge fire broke out in the area, inviting suspicion that it had been set off to damage the flora. The Maharashtra government has ordered an enquiry into the incident.

Pune’s residents have been protesting the metro and a new road, both of which will run close to the Salim Ali Bird Sanctuary. Some 169 trees have already been cut. Experts have stressed that green belts are the only places left to damage and so have asked for an underground metro. While they have found a civic voice, whether agencies will adapt their plans is unclear.

All of these are battles in a war to keep trees standing and to keep greenery from being commercialised. 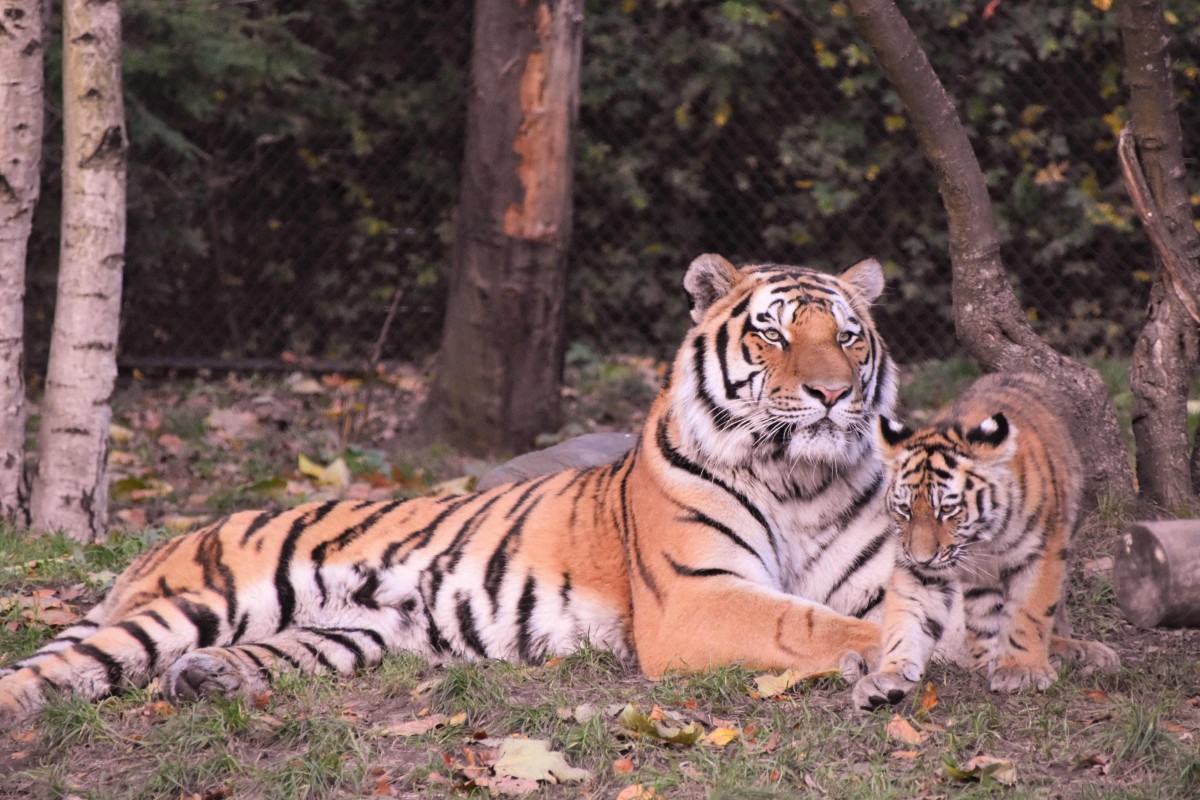 Avni, a tigress in Maharashtra’s Vidarbha region, had been labelled a ‘man-eater’. The Supreme Court okayed a proposal to solve the problem: to capture the animal, failing which forest officials could kill it. But the attempt eventually made to capture Avni was riddled with so many problems that it might as well have been premeditated murder.

Protesters spilled out on the streets to try to save Avni’s life, alleging that the part of forest where Avni lived was being diverted to industry. The tension mounted but the Maharashtra government didn’t relent. It eventually showed it would rather break protocol than uphold it.

Going against guidelines set by the National Tiger Conservation Authority (NTCA), Avni was shot at night by a professional hunter on contract. The hunting party didn’t have a veterinarian. A post-mortem negated its claim that it attempted to tranquilise the tigress first. The bullet was lodged in the animal’s body in a way that suggested she’d been shot from point-blank range.

All this after scores of people, dogs and drones had been dispatched to track her and her cubs down. Experienced trackers have said this was all fire and smoke, and not an honest endeavour to capture her.

The ghastly episode unmasked the callousness with which a carnivore is dealt outside a protected area or tiger reserve. The Maharashtra government refused responsibility for the lapses and seemed interested only in a cover-up.

Its counterpart in Odisha behaved similarly. In November, a male tiger brought from Madhya Pradesh was found dead in Satkosia. Observers suspected a poaching snare had caused the fatal wound around its neck. However, the state insisted the tiger had been killed by a maggot wound.

A fact-finding mission by the NTCA and Wildlife Institute of India settled the question. The tiger had indeed been poached, and the team declared no more tigers could be introduced to the area till proper monitoring systems were put in place.

Let’s hope the headlines in 2019 are less distressing.

This first appeared in The Wire