As the seventieth Republic Day celebration passed, we watched the Republic Day parade, made plans to watch various nationalistic movies in the theatres, and said a quiet prayer for the country. But the time is also ripe for us to now think of a different kind of sentiment – ecological patriotism.

What do I mean by that? Let me break it down in three points.

The universal symbol for peace is a pearly white dove with an olive branch in its beak. (Indeed, such a dove was also part of the tableaux presentation this year). To be free is to soar like a bird in the sky, unfettered. It is no surprise then that transboundary areas between countries – even those locked in disagreements – are often envisaged as nature peace parks.

Nature knows no boundaries, and ecosystems don’t follow borders; wildlife and forest can be the balm that humanity needs. The demilitarised zone between North and South Korea is a wildlife area now, important for migratory bird flyways, and may yet be turned into a tourist destination. Sierra Leona and Liberia are also developing the area around the border and the proposed Gola sanctuary as a peace park. 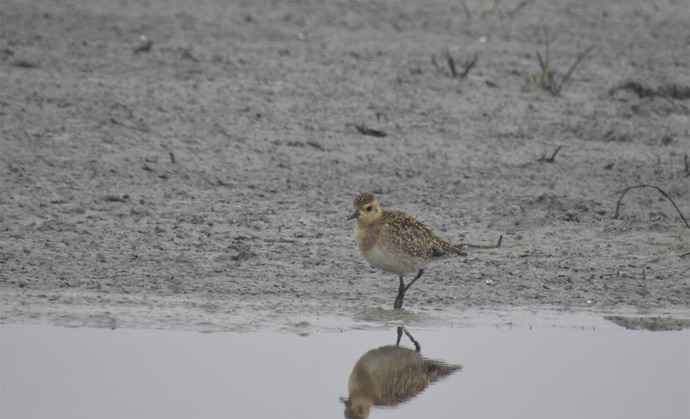 Migratory birds that come to India from other countries could be considered ambassadors. Equally giving them safe passage – a commitment India already has as part of the Convention on Migratory Species – is a sign of maturity and good diplomacy. Last year, India took its first national, and comprehensive, step towards this by launching a National Action Plan for migratory birds on the Central Asian Flyway.

This Flyway is the broadly mapped route that birds take when they migrate to India (usually in winter) from colder countries in Central Asia and Europe. Operationalising this plan would mean taking care of wetlands, not just on maps, but in real life. Wetlands like Basai and Najafgarh (in NCT) and Kolleru (in Andhra Pradesh) are threatened by encroachment and need immediate attention.

Idiom like ‘Mera Bharat Mahan’ (India is great) and ‘Anekta Mein Ekta’ (unity in diversity) don’t mean much if states do not unite for the greater, national good. So much of inter-state conflict today is based on fights over natural resources, notably drinking and irrigation water. But there is also another aspect to this – the refusal of states to cooperate with each other for species conservation is a sorry failure.

In 2018, a horrible epidemic broke out amongst the last wild population of Asiatic lions in Gir, Gujarat.

In 2013, the Supreme Court had ruled that lions belong to India, not just to Gujarat, and some lions should be given to Madhya Pradesh to create a second habitat. The fear was that if this was not done, the lone lion population would be vulnerable to epidemic, natural calamities like forest fires, and so on – yet, Gujarat has not given any lions.

Officially, the state has said that the lions are Gujarat’s “pride” and the state does not wish to share them with MP, naming potential poaching or the central Indian heat as a deterrent. This so-called concern though is spurious – lions have historically existed in hot states like Rajasthan and Madhya Pradesh.

The reality, insiders say, is that Gujarat doesn’t want to share its tourist revenue with MP. In truth, tourism is most often created by facilities and not just by the view or the animal on display. In these counts, well-organised Gujarat has nothing to fear – and it would be a medal for Gujarati pride to do the right thing for Asiatic lions. 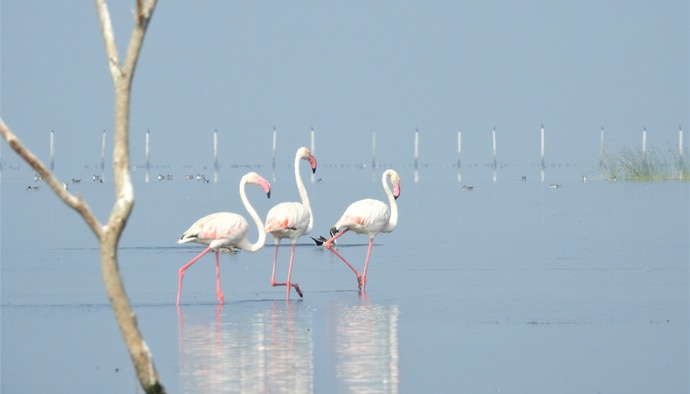 One of the chief ways for us to be ecological patriots is to understand that we are a part of nature. And that we need natural infrastructure for our survival. Natural infrastructure is the system nature provides for us – one that seems to be invisible to economists, but it buoys our very lives. Natural drainage patterns – such as river channels, streams and river floodplains – should be preserved as much as possible. (Even manmade channels for water, which have replaced national systems, need preservation.)

Not doing so increases flood risk. Floods in our country, including the Chennai 2015 floods, could have had a lesser impact if the Buckingham canal was allowed to flow – instead, the canal has been encroached upon, and the Chennai Mass Rapid Transit System track is built on it.

A recent study shows that dams in Central Western Ghats are reducing other natural infrastructure – both forests as well as perennial streams. Areas with over 70% forest cover had perennial streams; both have reduced significantly.

There are two aspects to natural infrastructure – firstly, we need functional and healthy ecosystems to enjoy ecosystem services like clean air, clean water, Carbon sequestration and flood mitigation. Try as we may, we cannot replace these natural services by mechanised services. The decline of bees in parts of China has forced people to pollinate apple flowers by hand, through paintbrushes. How long can this continue, and at what scale?

Secondly, economy and ecology are intertwined. The two really can’t go forward without each other. Sickness and natural disaster may lead to more hospitalisations and a rise in GDP, but that does not register a rise in wellness and human health.

There is really no other way for robust citizenship.