I was seven years old, and I was staring at the most magnificent thing I had ever seen.

A muscular Big Cat was a few metres away from me, and I didn’t interest him. I watched as it yawned, showing yellow teeth the size of pocket knives, its huge paws — the size of a child’s face — stretched out languidly before it. This wasn’t a Big Cat I had ever seen before. It wasn’t striped like a yellow-black tiger or spotted like a yellow-black leopard. Instead, it was all black. The head was bulbous, careful, insouciant. This was the Jaguar — apex predator of Central and South American rainforest.

There is no way I could ever have seen this animal, its terrible beauty branding itself into my mind if it weren’t for the Delhi zoo.

Yet, at the Delhi zoo, I also saw horrible things — odds stacked against animals that cannot retaliate, in a prison of our making.

In the same complex, I saw young men throwing pebbles at the lion. I saw people spitting in the direction of the leopard. Families laughing as their kids trailed their hands deep inside enclosures. And the worst were the enclosures themselves — monkeys screaming in frustration, packed in boring, small cells not designed to keep a primate busy, snakes winding and unwinding under the gaze of a million eyes, leopards pacing in frustration, with no evident place for refuge from the spitting onlookers.

The Delhi zoo, despite its iconic setting next to the Old Fort, its sprawling campus and its good intentions, needed several interventions. There have been allegations of animals being illegally acquired, figures for deaths being fudged, negligence and apathy.

These accusations are cyclical — and, it seems, here to stick. It is now reported that the Delhi zoo does not know how many animals it actually has, and also that it needs police protection — against its own employees — to determine the number of animals. The problems run deep, but part of the issue is the way zoos are approached and run.

Just two examples illustrate how zoos often fail to understand the subjects they are dealing with. Environmentalists protested when Humboldt penguins were brought to the Byculla zoo in Mumbai. Some birds died, but the point was larger — do we need to fill our zoos with exotic animals which are not suited to our climate, and whose enclosures require large investments?

In another incident in 2013, a wild tiger came to the Nandankanan zoo in Odisha. Instead of relocating the tiger to a forest and enabling conservation, authorities captured the tiger and stuffed him in the zoo.

There are at least a few things zoos need to keep going forward.

Zoos are not panopticons. The animal comes first.

When are the times you have felt trapped? Perhaps a classroom for a least-favourite subject. An exam hall. An office cubicle. A toxic relationship.

However good-looking an enclosure may be, zoo enclosures for animals are in like prisons. The animal can’t get out, it has to stay in the same enclosure for years. Zoos cultivate a microscopic, panopticon gaze on the animal. For most of the day (and except when it is feeding in a separate place) the animal is under surveillance. It’s almost a Black Mirror kind of intense scrutiny.

But it’s not just our eyes — animals also have to endure teasing, because the Indian zoo enclosure privileges an explicit gaze on the animal, rather than engendering an understanding of the subject. If we are to understand the subject, then we need to know leopards like to hide and should be given more hiding places within its enclosure, that monkeys like to play and require toys, ropes and tools so they don’t go mad from boredom. And people require education too — teasing a wild animal to prove one’s bravado is not machismo, it’s sadism. Instead of focusing on getting more footfall, zoos should devote training and funding to crowd management and behaviour.

At the end of the day, zoos do not depend on crowd tickets to stay running. What they should wear as a badge of honour is not the thousands that come to visit, but a visitor group that learns to respect animals, even if in small numbers.

The question of fudging zoo death data comes up because zoos feel the need to keep acquiring animals. Instead, they should keep animals to a bare minimum, keeping in mind questions of heat or cold, facilities and veterinary capacities. Why have foreign penguins in a tropical climate, when we can have species better suited to heatwaves? Zoos feel such a need to acquire animals that there have been periodic allegations that rare animals are bought from illegal poachers or illegal local markets.

That in itself is the death of irony. 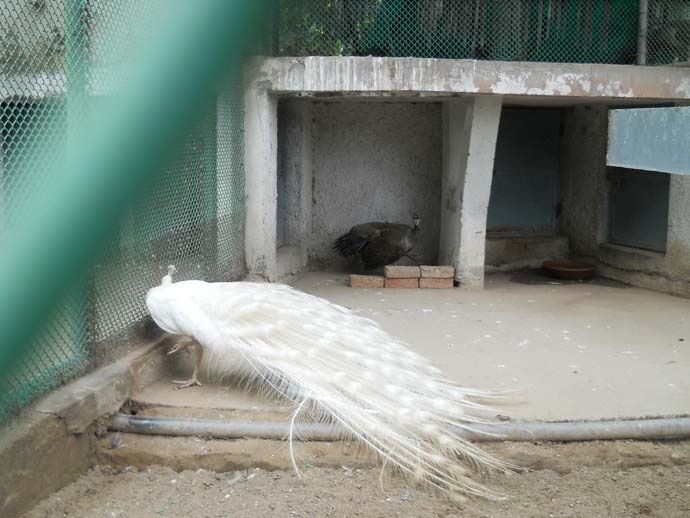 Zoos need to develop veterinary facilities of excellence, rather than turn into animal husbandry units producing or acquiring animals endlessly. Veterinary excellence in zoos can mean acquiring solutions to treat wildlife in Nature when required.

Zoos can be free-range habitat

Instead of having a thousand captive animals in small cages, zoos can enhance their natural zones and green belts so free-ranging wild animals can use the zoo as habitat. Zoos are fantastic open spaces, and with some management interventions, they can also become fine habitat. For instance, migratory birds come to the Delhi zoo each winter. Lesser enclosures and more native trees and wetlands would help the wild beast looking for refuge, and turn the area into a living lab.

It is true that zoos are often the first window to wild animals for many. They perform an important role in bridging a deficit of Nature that many may not even know they have. In a zoo, you wonder at a giraffe’s long legs and sweeping eyelashes. The way goral can climb a steep rock face. How ostriches eat rocks and pebbles (and an occasional camera lens cap if you are not careful). How a python coils like a rope. How a gorilla cares for her young. How parrots climb up surfaces using their hooked beaks.

But the choice is not to have zoos — it is only to have good zoos. Prison or home? Zoos are often the first window to wild animals for many and must bear more responsibility. (Representational photo: Wikimedia Commons)

Zoos have a great capacity to move, inspire and touch us. But precisely because we are dealing with the inspirational matter, we need to look at them with more responsibility. Inspiration can’t be bought in stores. It needs nurturing, attention and mindfulness.

Years ago, a seven-year-old learnt a Black Jaguar is not just a car she saw on Delhi’s roads.

If you take that human to a good zoo with thoughtful enclosures, a monitored crowd and wide open spaces, that wondering, wide-eyed awe will return in a heartbeat.